Beautiful tourist town, surrounded by three marine bays, a colonial past remains present in the architecture of white houses with colonnades, people who preserved the tradition and authenticity and breathtaking landscapes. 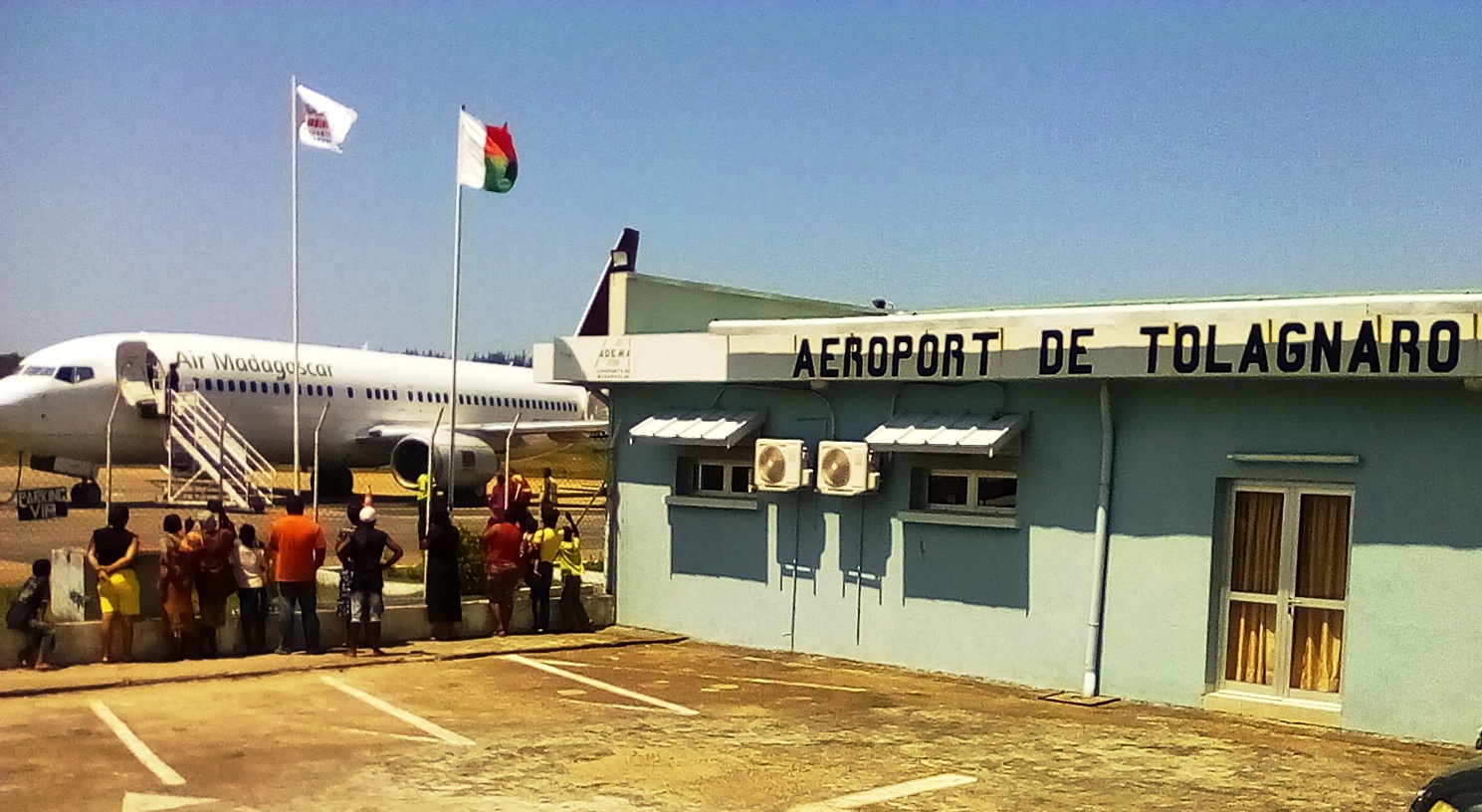 Portuguese sailors are shipwrecked off the coast of Fort Dauphin in 1504, they settled there, and had built a fort, but were driven out in 1527 by the population Antanosy.
In 1642, Governor OF JACQUES ETIENNE DE FLACOURT Pronis and his assistant settled there on behalf of the French society of the east, they wanted to make a commercial basis and vindicated this territory as property of the King of France.
The road to India passed by there, the French colony had built a strong, Flacourt and Fort Dauphin in honor of Dolphin, the future King Louis XIV of France.
In 1674 once again the Antanosy managed to put out the colony, more tars during the slave trade, the French made use of Fort-Dauphin as a port.
Early twentieth century the city was part of the French colony in Madagascar, and that until its independence in 1960.
ETIENNE FLACOURT
has left an indelible mark on the Franco-Malagasy relations. Born in 1907 in New Orleans, he was appointed commander of Madagascar in 1648 by the French East India Company which is also a shareholder. He stayed until 1655 clutching the tiny enclave of Fort Dauphin in the greatest destitution.
Despite his passion for these mysterious lands, he says without tenderness “If there is one nation in the world to give the betrayal, deceit, flattery, cruelty, lies and deceit, this is it” . Judgment imputed to the fact that he could survive only predator, practicing looting and violence with eighty other French of Fort.
He will enjoy a stopover Bear ship Marshal of Meillerage to go demand explanations in France. Assured of having more resources, sailed from Dieppe in 1660 aboard the Virgin, with two hundred passengers and expects win the Big Island. Turks attacked by pirates, the ship never reached its destination. The seventeen survivors were taken captive in Algiers Flacourt not actually Party.
He leaves behind a story of the great island of Madagascar, long reference book with detailed descriptions of the nature and the Malagasy people.
VINANIBE LAKE
Before joining the Indian Ocean, the stormwater chain Anosyenne are similar in the three lakes including its famous shrimp. At the mouth stand large sand dunes where you can sometimes see the village children surfing on coconut leaves, the sun set over the mountain Lavasoa, or watch whales.
Manantantely waterfall domain
Visit the nursery nestled in the heart of the primary rainforest Tsitongambarika with indigenous and exotic species. For lovers of trekking, forest walks or by the “Path of the waterfall,” the “Path Peaks” or the “Trail of the North” will lead you to the natural pools through a park.
Nahampoana reserve :
The old botanical garden of Reserve de Nahampoana can be found seven kilometres north of Fort Dauphin.This well maintened garden formerly named garden acclimatization,cover an area of 50 hectares.Amongst the many exotic plants which can be found in the park are the ravenala palm ,pachypodium,oil palm,canela cinnamon,lemon eucalyptus,young baobab trees and the conifer Araukaria,as well as the triangle palm tree which exists in Madagascar only around the area of Fort Dauphin.Every lemur species native to the south of Madagascar lives in this park.During the early morning hours various group of lemurs ,such as Verreaux's sifaka ,ring-tailed lemur or brown lemur ,usually play in the trees and on the ground near the old colonial house.Other animals in the park include chameleons,tortoise,crocodiles and a wide variety of the bird.
ANDAVAKA CAP CAVE:
This is a really nice hike.After an hour of track in the wild bush from the village of Akariera to the Belay fishermen village;we leave the vehicle and performs the approach walking.The surprising cave (Ankapaky) appears after 45 minutes ,carved into the cliff.Rock attacked from above and eroded by low crumbles and collapses gradually.Huge blocks litter the bottom of this vast”open pit cave”.Twenty meters above the trees in the area are launching their roots,which then resemble firefighter ramps.Soil erosion has been steady and ,here and there,several narrow chimneys pierce the ceiling to the sky.It was nice to be in dry weather,shade and coolness of the cave maintains a comfortable humidity when it comes to cook for several hours away.This moisture primarily benefits incredible rainforest vegetation,which has absolutely no place here,but could develop in this microclimate .Progressing through the chaos of stones,we succeed in doing ,or some “ring tailed lemur” domicile.On leaving the masterful door opening onto the infinite ocean,we can continue the ride and win the top of the cliff as well.We loop through all the surface vegetation,including adaptation to drought still gives him strange and impressive ways.
PIC SAINT LOUIS (529m altitude)
Single viewpoint dominates the entire region and the peninsula of FORT-DAUPHIN. From the top you can see from EAST to WEST, Sainte Luce, The Islands Lokaro the Evatra peak Cove runner, the Libanona tip …
ACCESS: Two trails lead to the summit, the first from the factory SIFOR. It is the shortest track, but obviously the steepest (ascension about 1h 30). The second option starts Marrillac and mountain trail we footprint (2 to 3 hours walk)

is the lowest altitude tropical forest; at less than 800 m above sea level, and covers 60 509 ha in south-east Madagascar between the Indian Ocean and the national park Andohahela. This park extends north of the town of Tolagnaro (Fort Dauphin) about 100 km long and south of the Tropic of Capricorn at 23 ° 26'S.It is divided into three forest management units: Ivorona Forest, Ivohibe Forest and Antsiriky Forest. BirdLife International ranked Tsitongambarika as an important bird area in 2001. But Birdlife International considers the forest to be in danger. This is why Asity Madagascar has been working with local communities to manage this park since 2005. The birdlife is characterized by a very high endemic rate: 57 of the 97 species recorded in Tsitongambarika Park (59%) are found in Madagascar. It is home to most of Madagascar's tropical forest bird species, including endangered species such as Madagascar Red Owl, Brown Mesite, Short-legged Ground-roller, Scaly Ground-roller, Madagascar Crested Ibis and Red-tailed Newtonia …
The Tsitongammbarika park lemurs have been identified including two diurnal species: Collared Brown Lemur (Eulemur collaris) and Grey Gentle Lemur (Hapalemur griseus) and five nocturnal species: Brown Mouse lemur (Microcebus rufus), Greater Dwarf Lemur (Cheirogaleus major), Southern Woolly Lemur (Avahi meridionalis), Greater Sportive Lemur (Lepilemur mustelinus) and Aye-aye (Daubentonia madagascariensis). Two of these species Collared Brown Lemur and Grey Gentle Lemur are globally threatened. Botanical collecting in the 2000s found at least seventy new species in this park.

Lobster is a crustacean of the family Palinuridés.
The main lobster of Fort-Dauphin for scientific names Panulirus Homarus, Panulirus japonicus, Panulirus Penicullatus. They live in the rocks at a depth of between 0.5 and 6 meters.

Some deep-water lobsters live permanently at 10 meters below sea level in water at a temperature varying from 18 to 25 ° c. Our lobster is fed mainly mussels or shellfish and sometimes the flesh of small fish. 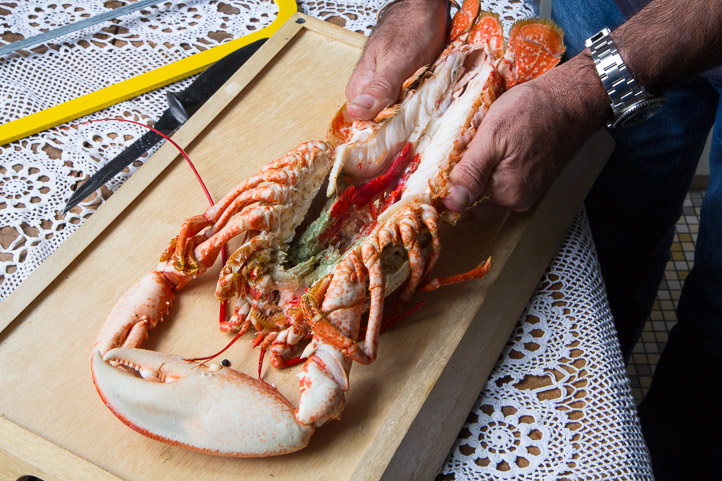 His life is an average of nine years and is consumable at the age of 7 years and it reached the height of 20 cm … The female usually lays between lobster the month of October, November and December, and the water temperature is favorable. A lobster lays an average one million eggs, but only 10% do grow enough to make a small lobster.

Pelagic predators are especially tuna fish, but also cephalopods including octopus. But the most important predator of lobster is the man! 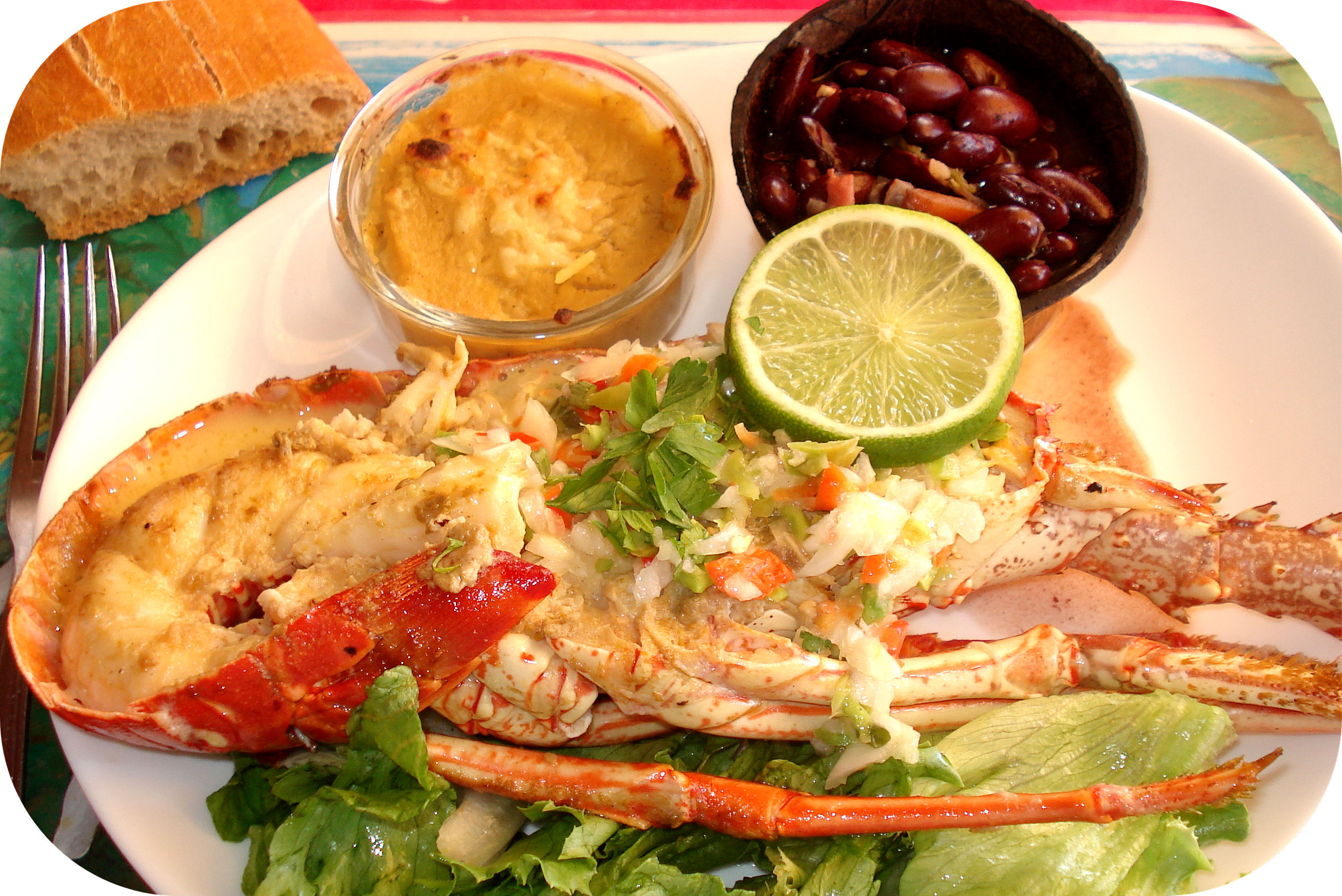 The lobster has a taste quality recognized worldwide, it is highly sought after, and its financial value is increasing. The cost of a pound of lobster is very important, 7euro the fisherman early May 2006. 40 euro portion in plates in Europe or Japan ….

This park has offered different types of tours never seen on this land. The site of Ampasy, about 60 km north of Fort Dauphin, is the best site for the tourist visitor that we propose with this small description by the four stages to fully discover the paradisiacal corners and the rainforest as follows: 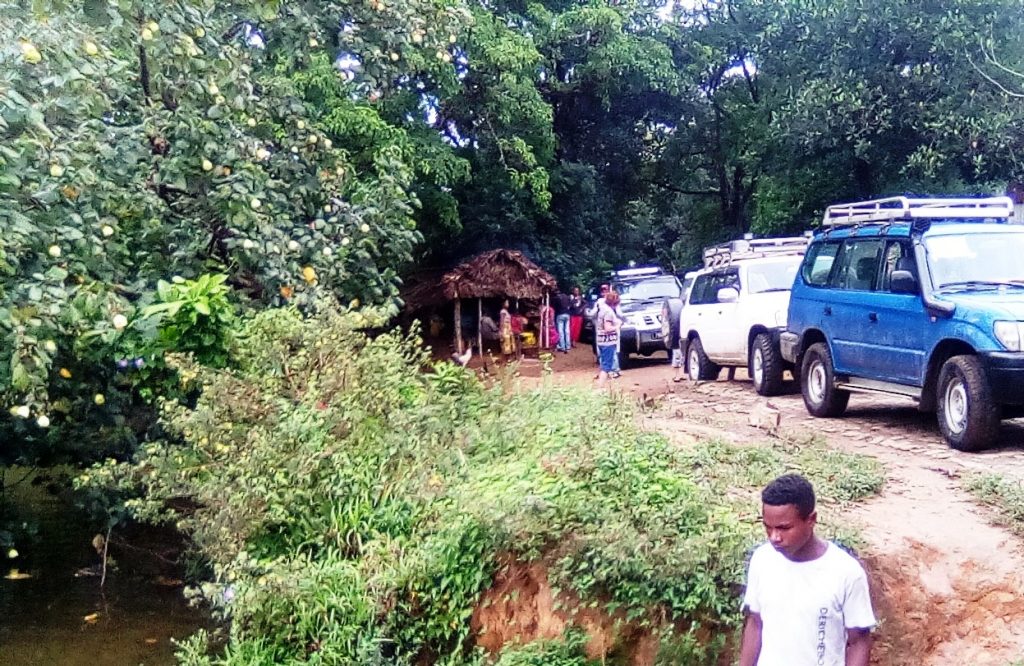 1st stage : Fort Dauphin - Iabakoho on our 4x4 car by the RN12a for three hours with stops on the ferry;
2nd stage: Iabakoho - Andrahanjato in pirogue to paddle  for one hour with photo stops;
3rd stage: Andrahanjato - Ampasy: Hiking tour of about an hour with stops for the photo on the very accessible route for all ages.
4th stage: Discovery of the very wet virgin forest of Ampasy Tsitongambarika Park.
This circuit of Ampasy settles in the mountain basin filled with the very intact wet forest and the natural swimming pool. This is the best circuit for nature lovers, birds, lemurs ... with a camp built very well by tourist standards. Do not forget to do this tour for at least two days from now.